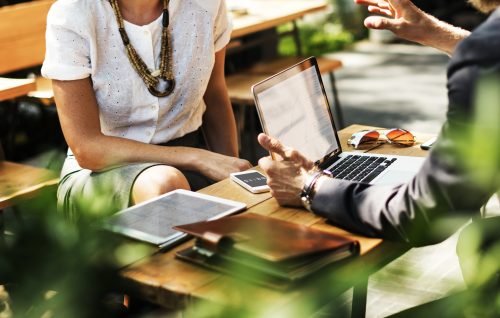 It’s tax time again in Canada, and this means many of you will be doing taxes in Canada for the first time.  In my work at H&R Block I have assisted many new Canadians and temporary residents with their first Canadian tax returns.  For many new Canadian residents, you will receive some tax forms from your employer, but not necessarily any advice on what to do with them.  Well, I think I can help you with that.  Let’s get to it, shall we?

How does Residency work?

As we mentioned last time, Canada taxes based on Residency.  This “residency for tax purposes” is not an immigration status and should not be confused with being a Permanent Resident; it simply means that you need to determine where you normally live before you can do your taxes.

Now, in most years, your residency will be straightforward. You are living in the same country from Jan 1st to December 31st, you are living with your family, and you are renting or owning just one place to live, and it’s in the country where you work and have most of your financial ties.  So for example, if you were living in Canada from Jan 1st until December 31st 2017, in an apartment that you owned or rented under a long term lease, you probably will be considered a Canadian Resident for Tax Purposes.

I say probably because having Residency in Canada does not automatically mean that you are not Resident of another country as well. It’s quite possible that you could be resident of two countries.  However, to avoid double taxation, most major countries have agreed to tax treaties. That means that normally only one country can tax you at a time.  In this situation, a series of tie-breaker rules are applied.  So let’s say that Etienne, an Ecuadorean citizen, is living and working in Canada, but also has a second house in Ecuador that he lives in when he’s there on business.  He lives in two countries!  He might be a resident of both!  But if Etienne’s wife and children are also living in Canada, then this serves as a tie-breaker. And so Canada and Ecuador will consider him a Resident of Canada and a Non-Resident of Ecuador for tax purposes.  If his family was living with him in Ecuador, then the reverse would be true; he’d be a Canadian Non-Resident and an Ecuadorean Resident.

In practice, this means that while simply physically living in Canada for the entire year usually means you are a Resident for Tax purposes, it is a good idea to consult a professional if you have a complex living, working, or marital situation.  It’s entirely possible to be considered a Non-Resident if it’s determined that your Residential ties are technically stronger to a country other than Canada.  Non–Residents often do still have to file Canadian taxes if they have certain kinds of Canadian income (in particular, employment or business income) but their returns are more technical and often result in owing more taxes.  Again, if you think you may be a non-resident, it’s advisable to consult a professional.  It’s also usually better to seek a professional’s advice rather than asking the Canadian government to clarify your status; while the government can make a determination, it can be slow, and may have undesirable, or at least unpredictable, immigration implications.

What about the year I came to Canada?

In this case, the most common scenario is that you will be considered a Part-Year Resident.  In this case, you begin the year living in your home country, then leave your old job, move out of your old house/apartment, and travel to Canada, where you begin living and working.  In this case, you only ever are living in one place at a time. So there is a day on which you stop being a resident of the old country, and on the next day, you start being a resident of Canada.  Again, it can be useful to consult a professional just to make sure you have established residential ties (I once had a client who just slept on people’s couches and was upset that this didn’t make her a resident!). You can also see “How Do I Determine My Residency Status?” on the Government of Canada website.  https://www.canada.ca/en.html
See:

Significant residential ties to Canada include:

Secondary residential ties that may be relevant include:

To determine residence status, all of the relevant facts in each case must be considered, including residential ties with Canada and length of time, object, intent, and continuity while living inside and outside Canada.

But assuming you did establish residency, The end result is that your taxes will be slightly more complex for the year you enter Canada, and you will have to enter some additional information (your entry date or residency date, for example) but you will still be a resident for part of the year, and claim all the benefits that result from being a resident and filing your taxes.  And that’s what we’ll talk about next time.

Do you have tax questions?  Feel free to send them to brian.clarke@greystonecollege.com with Tax Questions” in the subject line.

Brian Clarke is an instructor in the Business Communications program as well as a Seasonal Instructor and Tax Preparer for H&R Block Canada.  He has also previously worked as a tax researcher for North American jurisdictions for a payroll software company.  Views expressed are not necessarily those of the H&R Block Corporation or Greystone College and are for general informational purposes only.