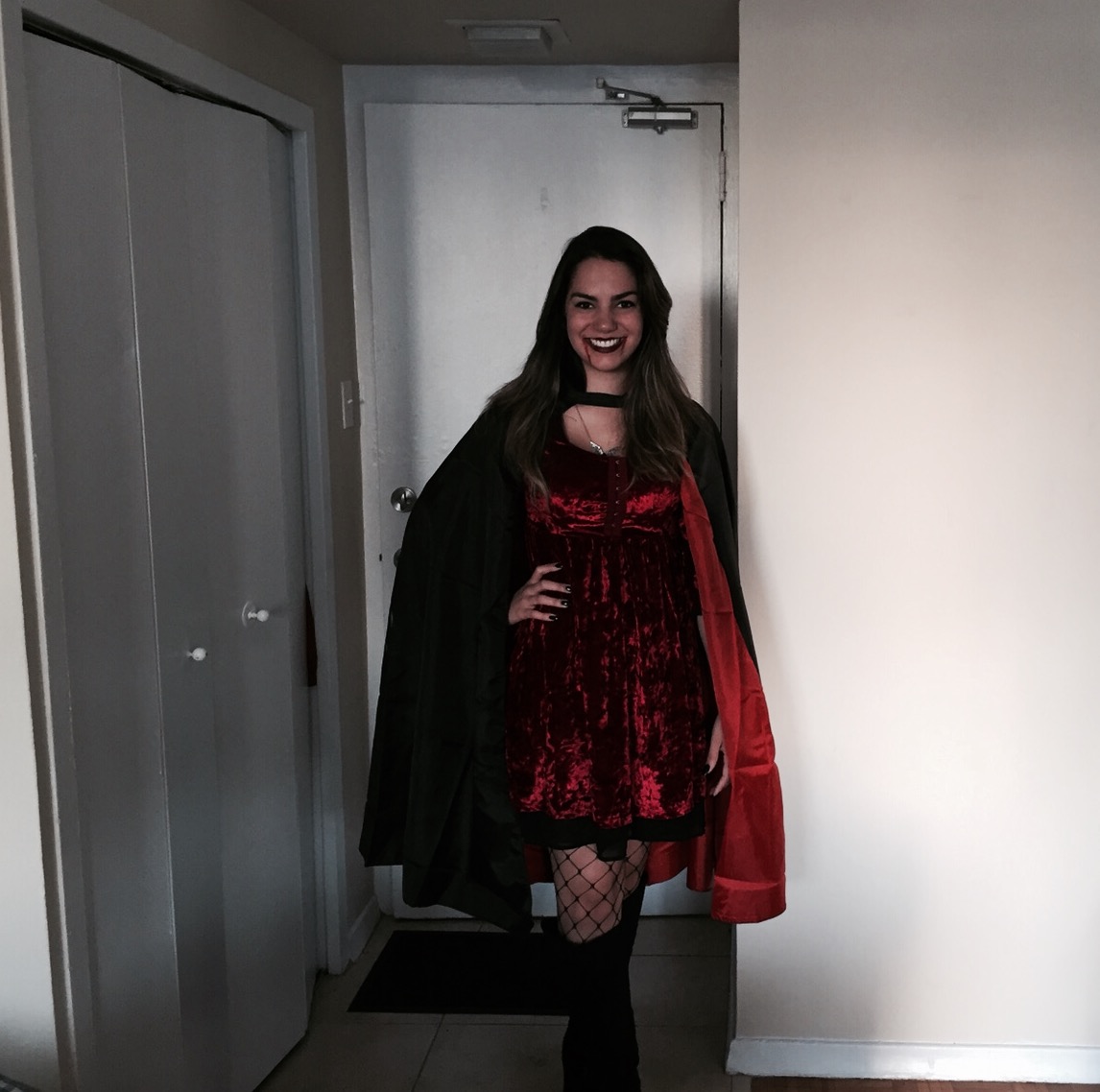 Halloween is a North American tradition and a different experience while studying abroad. In Brazil, we don’t go knocking door-to-door shouting, “Trick or Treat”, and we don’t dress up unless it’s Carnival. One of my favorite parts of this tradition is the atmosphere; although it is scary, it is lots of fun.

Halloween is celebrated in most parts of Canada. It’s a big day where parents take their kids trick or treating.  Homes are decorated with fake spider webs, jack ‘o lanterns (carved pumpkins), and plastic tombstones that say, RIP. A hint of fake smoke goes a long way in creating a scary feeling for a fun night.

It is an adorable experience to see kids dressed up as little monsters, princesses, ghosts, and super heroes!  It is a safe environment; parents walk their kids door-to-door and keep watch nearby. They seemed to enjoy this night of “horror” and its symbolic decorated gardens.

The Zombie Walk attracts hundreds of people dressed in costume ready to scare, or be scared by other participants. The Zombie Walk takes place in August and ends with a contest for best costume.

The Halloween Haunt is held in one of the biggest amusement parks in the country, Canada’s Wonderland. The park turns into a scared to death by a clown – since then, I’m not a big fan of clowns.  That clown was frightening and owes me a hot dog.

On the day after Halloween, neighbors carry their pumpkins to parks in their community showcasing their creativity in pumpkin carving. One of the most popular is held at Roncesvalles’s, Sorauren Park, with an exhibit of over 2000 pumpkins.

Every year, schools have pumpkin carving and best costume contests which I think is a pretty cool way to introduce international students to new traditions in a fun and competitively healthy way.

Parties are held all over the city. Be sure to have a ticket to get into a party.  Although there are plenty of options, all events get crowded.

I’m too old to ask for candy, although I wouldn’t mind getting some chocolates and sweets on a Saturday, but I enjoyed the festivities…..it was so much fun!